Will assistive robots transform our golden years of retirement?

We are happy to report that Philip Conrad, a Senior in Computer Science, along with Benjamin Davis, a PhD student in Structural Engineering, have been awarded second place in the USC Proving Ground competition. They proposed a security system and app that alerts users when there is an intruder. See video below.

Our CyberSecurity teams have returned from UConn's CyberSEED competition and have done very well! The CTF team participated in Symantec's Professional CTF scenario and came in 6th place this year. We were competing with teams from all over the country and have blown our placement from last year (13th) out of the water in a very close competition. This year's scenario was an insecure bank, complete with a real ATM and debit card forgery. This year's team members were Collin Morrell (Team Captain), Adam Formenti, Nate Fuller, and Nick Connon. We also sent a team to take place in the new Social Engineering competition as well. They came in 8th place in what sounded like a very difficult contest. They were required to breach a simulated company through insecure HR, helpdesk, web portal, email and telephone practices. This competition very clearly demonstrated that people are the biggest security vulnerabilities any company has. The Social Engineering team members were Yasemin Pak (Team Captain), Dakota Jones, Clay Norris, and Abhishek Bottu. Please help us congratulate our competition teams! We are very proud of what they have accomplished. 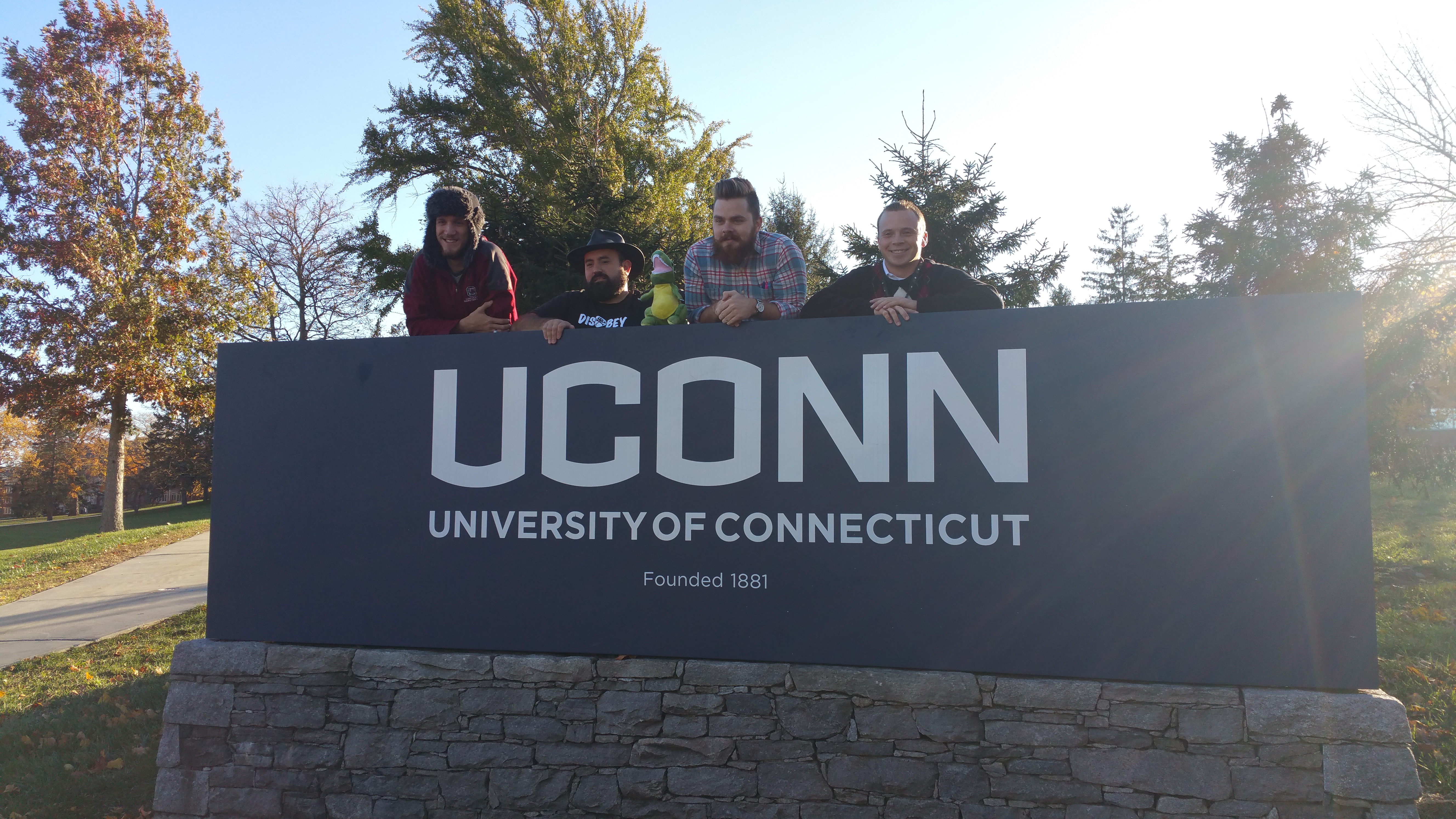 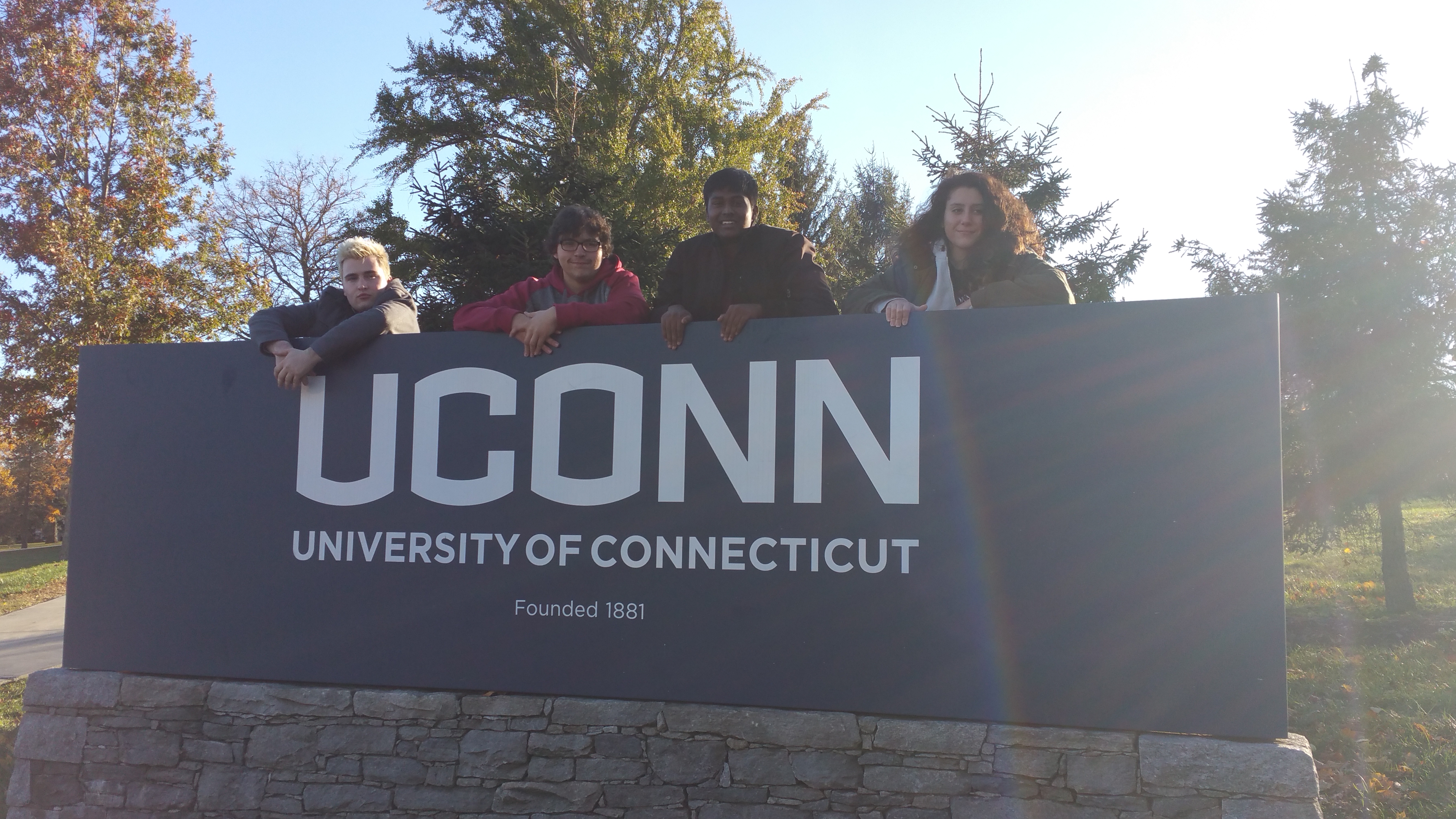 We would like to welcome our newest faculty member Dr. Gregory Gay. He received is PhD in Computer Science from the University of Minnesota. His research interests are in software engineering and automated testing techniques. He is currently teaching CSCE 740: Software Engineering. USC news has an interview with him.

What No Limits Means To Me: SpeedTree

USC's new video campaign features alumni from this department, Chris King and Michael Sechrest, and describes how their software for making trees won them an Oscar at the Academy Awards. 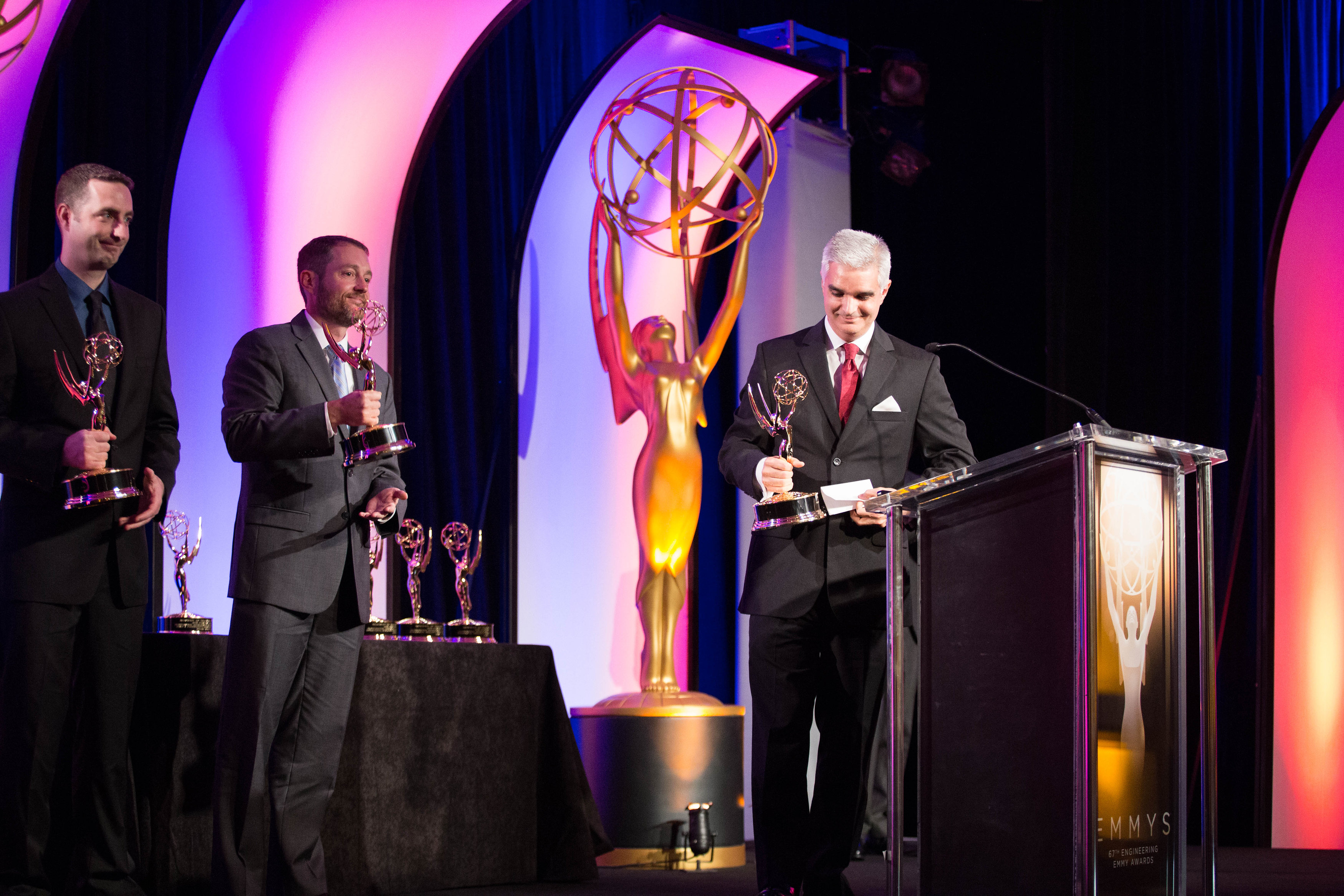 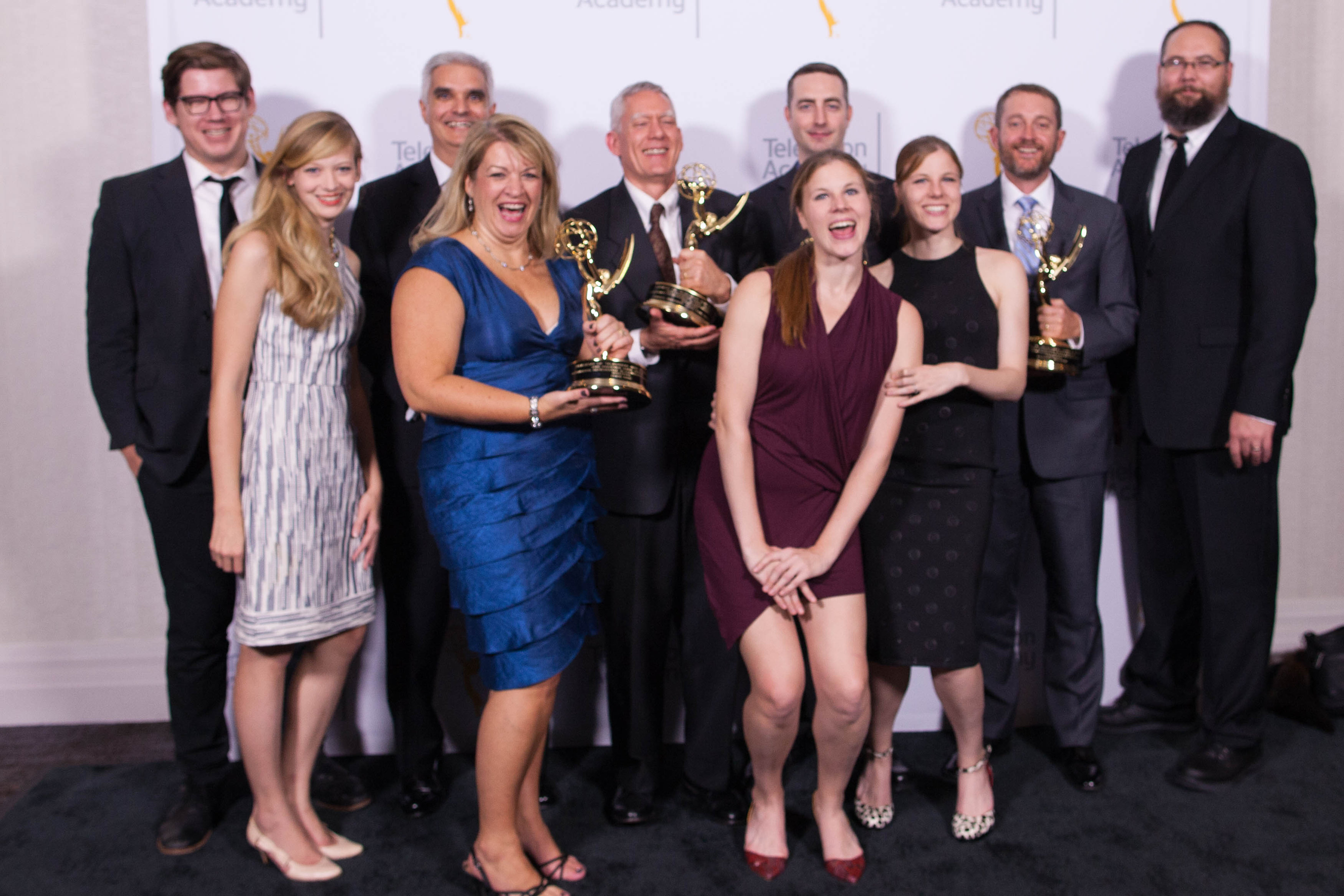 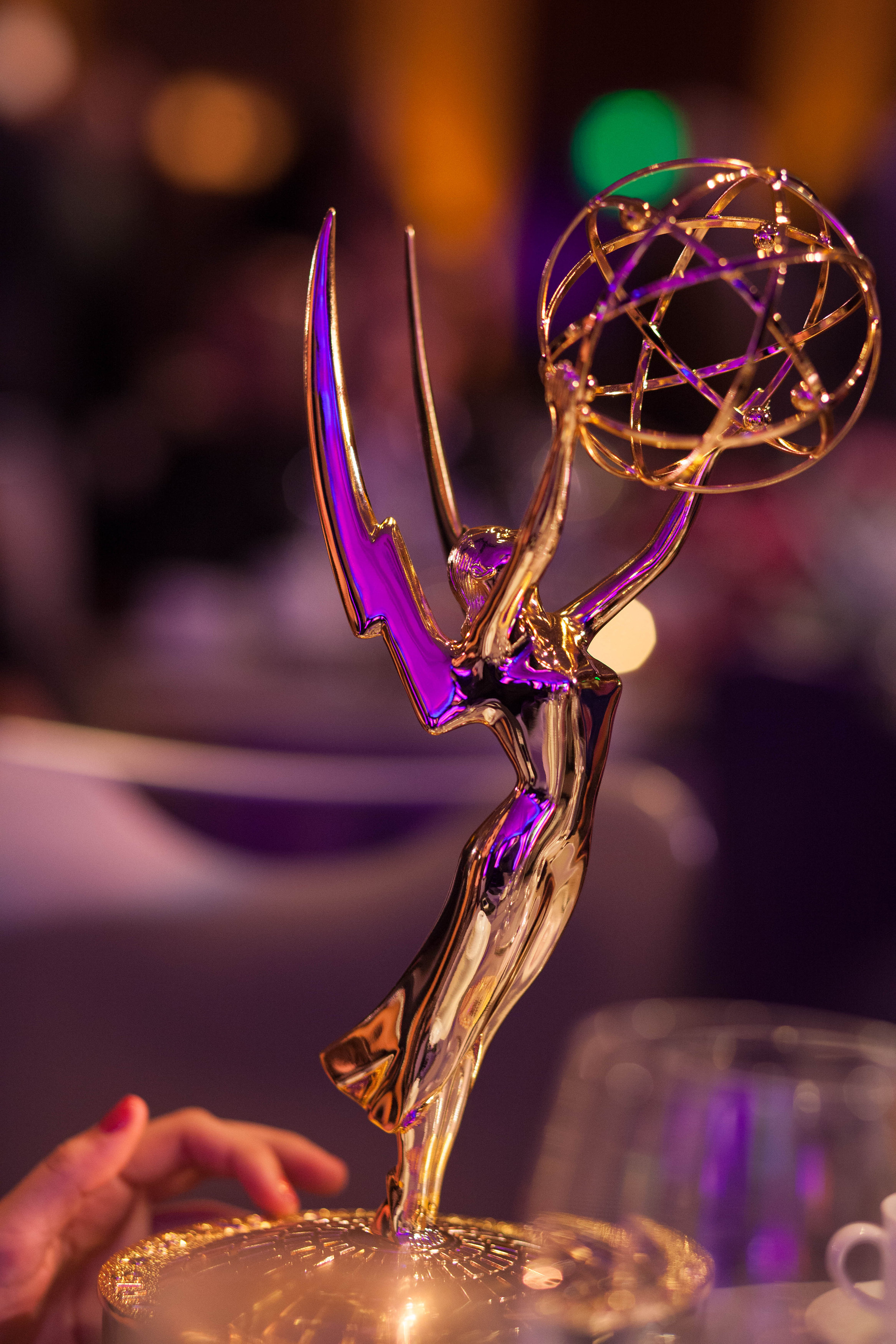 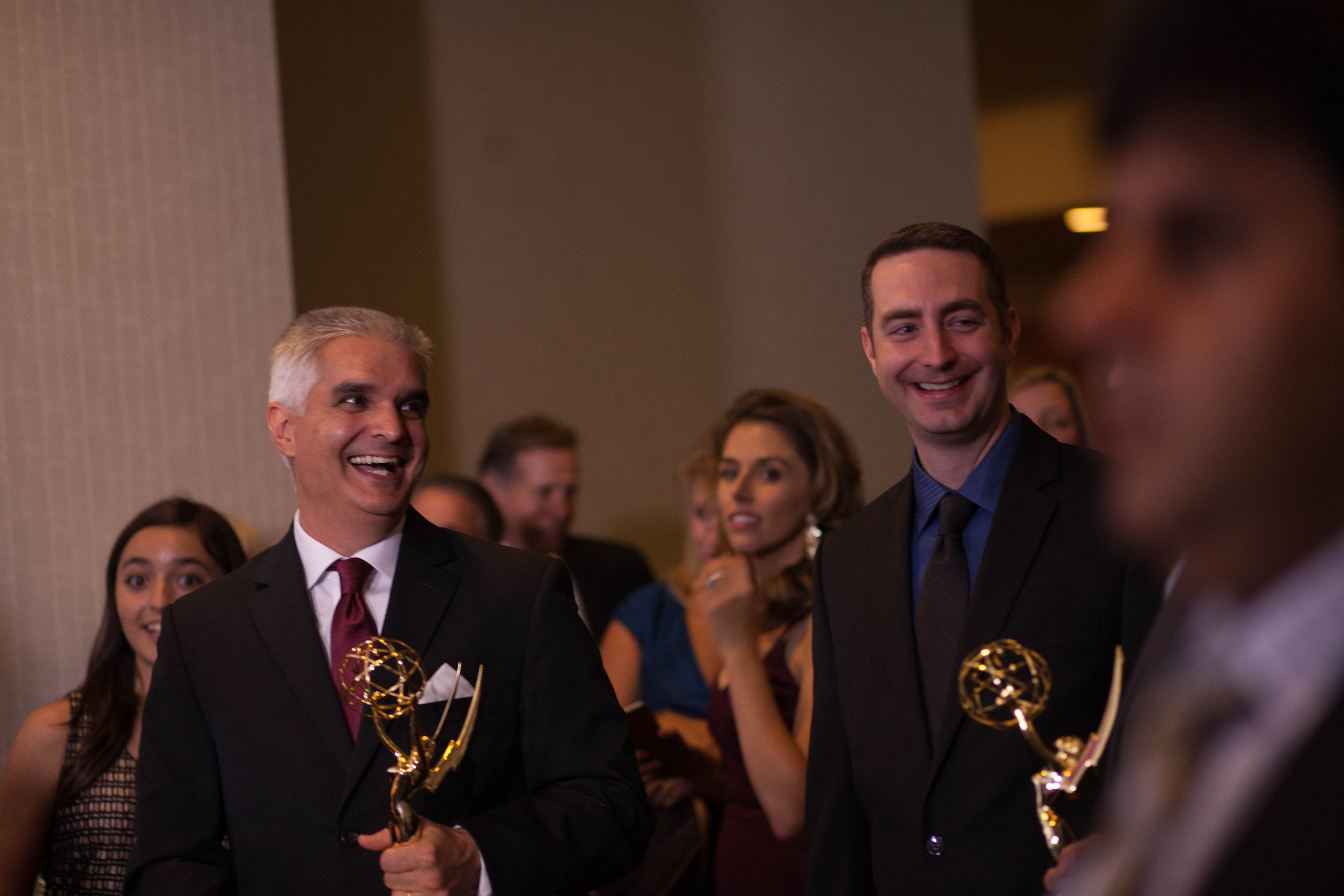 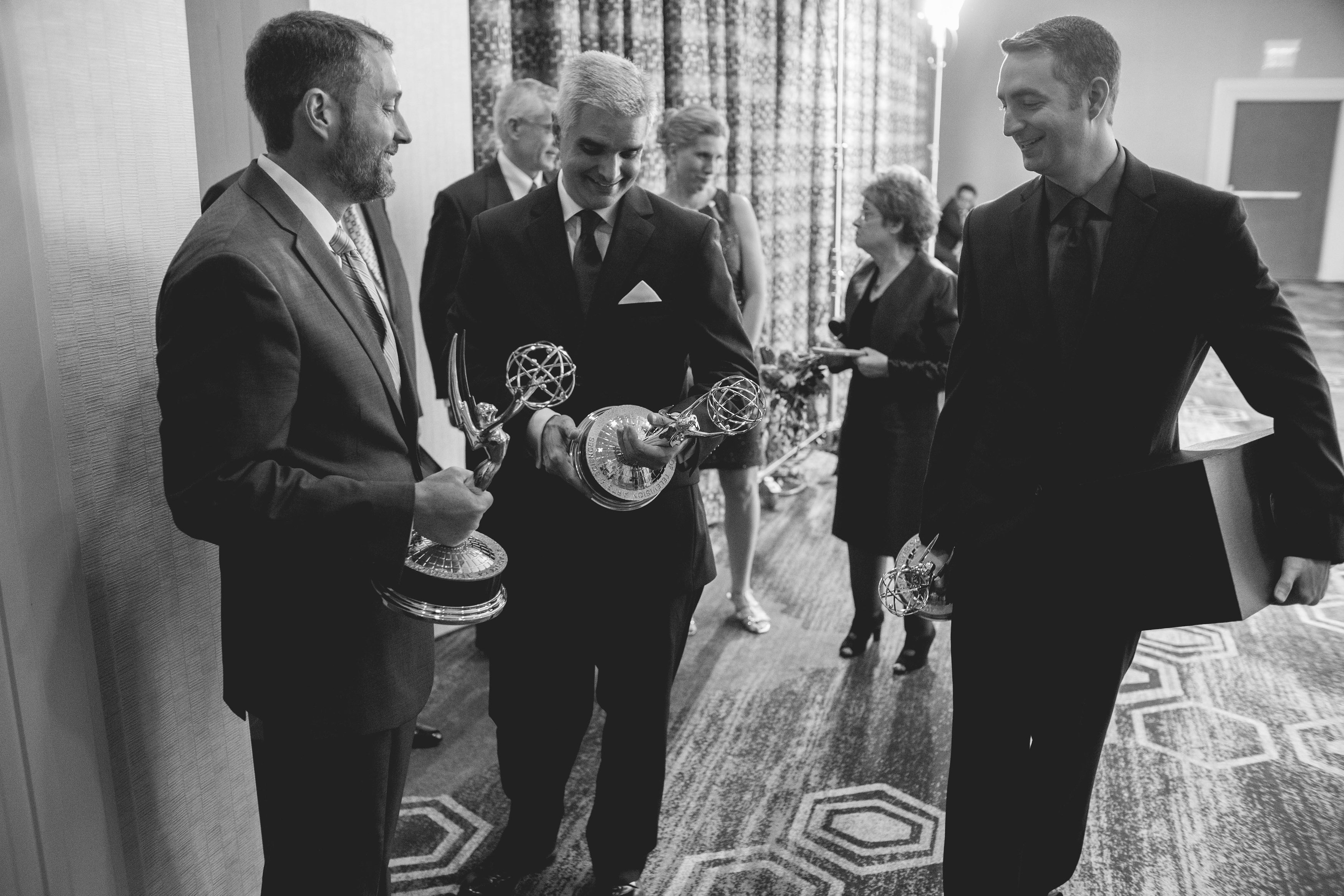 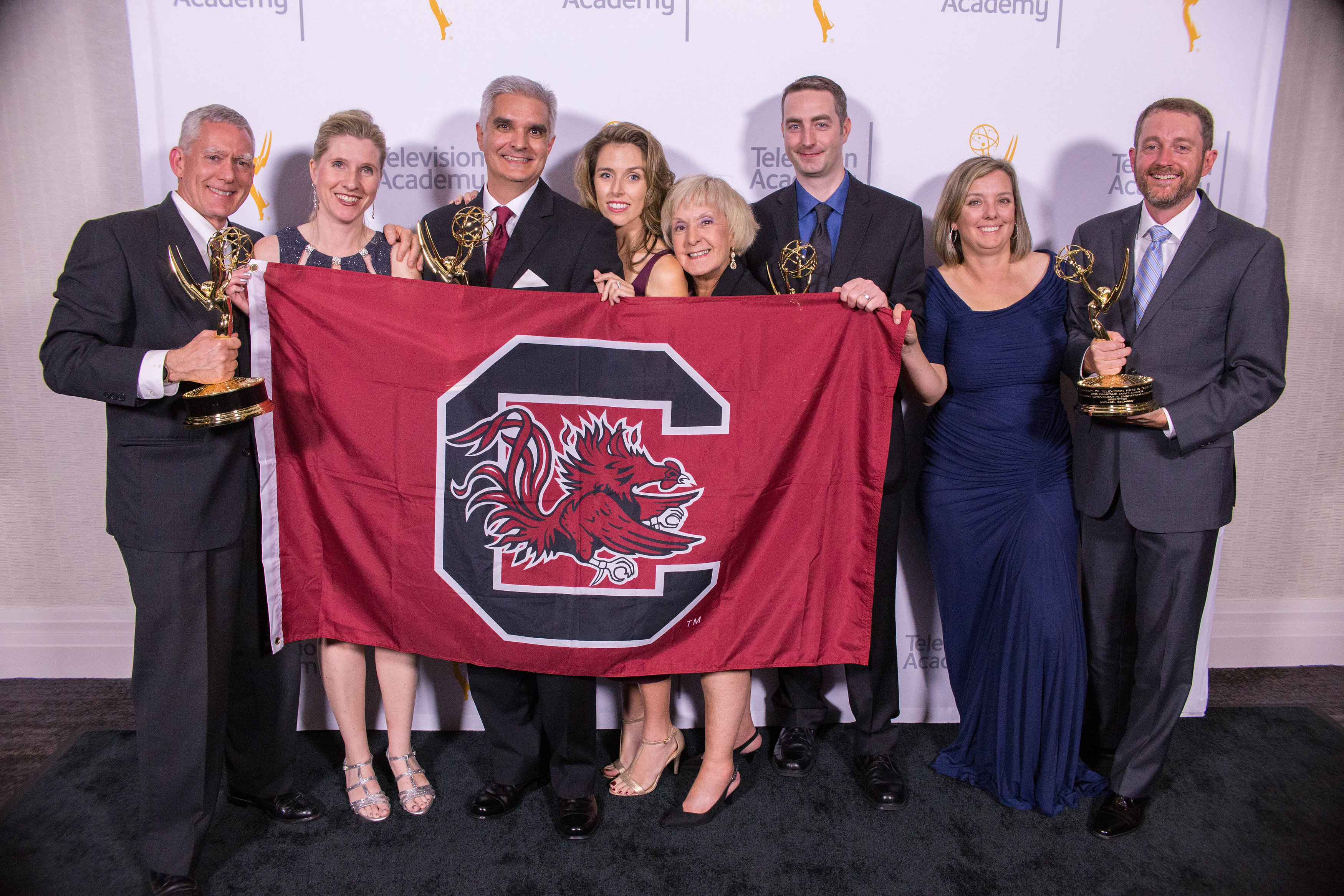 Dr. Jason O'Kane has received an NSF research award for his project entitled "Why is automating the design of robot controllers hard, and what can be done about it?" This project seeks to bring together new techniques for filtering and planning to improve reasoning and analysis steps employed during robot design. By understanding those parts of the design process that are typically conducted by hand and by asking which parts can be practically automated, the research has the potential to assist practitioners by scaling up the problems tackled, optimizing systems automatically, and ultimately freeing designers from low-level detail and elevating their use of time.

Dr. Jason Bakos has received an award from the Office of Naval Research (ONR)/DOD for a project on the "Development of Universal Controller Architecture for SiC Based Power Electronic Building Blocks". Visit his homepage to learn more about his research.

Dr. Rekleitis, Dr. Beer, and Dr. O'Kane have received an award from the NSF for their project "A Heterogeneous Team of Field Robots for Research into Coordinated Monitoring of Coastal Environments". The award will support the acquisition of a multi-robot team that can operate in coastal environments. Project Abstract:

This infrastructure proposal supports the acquisition of a multi-robot team suited for operations in coastal environments. The robot team consists of two underwater vehicles (AUVs), three surface vehicles (ASVs), as well as unmanned aerial vehicles (UAVs): two fixed-wing UAVs and two quadrocopters. The target domain is the coastal waters of South Carolina. In several applications such as environmental monitoring, homeland security, resource utilization, and contamination tracking, there is a need to track a mass of water, record a set of properties, such as salinity, temperature, presence of different substances, and also record the position and boundaries of the said body. The proposed infrastructure will enable computing research for addressing the above problems. This project revolves around enabling research on several CISE research fields at the University of South Carolina, including algorithmic development for multi-robot coordination, path-planning and state estimation; planning under uncertainty; sensor fusion from different modalities; and human-robot interaction.

Dr. Jianjun Hu has received a grant award from the South Carolina Department of Transportation for his Data Mining and Analytics for Transportation Management project. This project will analyze large existing data sets concerning the usage and maintenance of equipment at the South Carolina Department of Transportation. The effort will assess SCDOT repair shop capability needs, capacity, skills, and tools/equipment. The analysis is expected to yield correlations and insights about the equipment, so that it can be maintained more effectively and at lower cost. The work will be performed by a team of graduate students in computer science and engineering under the direction of Dr. Hu.

Under the leadership of Dr. Farkas, the department has been recognized as a National Center of Academic Excellence in Cyber Defense Research (CAE-R). We offer an undergraduate Cybersecurity specialization and a graduate Information assurance certificate under this program. The notification states:

Your ability to meet the increasing demands of the program criteria will serve the nation well in contributing to the protection of the National Information Infrastructure. The Presidents’ National Strategy to Secure Cyberspace, 14 February 2003 and the International Strategy for Cyberspace, May 2011, addresses the critical shortage of professionals with these skills and highlights the importance of higher education as a solution to defending America’s cyberspace. “Like all nations, the United States has a compelling interest in defending its vital national assets, as well as our core principles and values, and we are committed to defending against those who would attempt to impede our ability to do so.” Education is the key to promoting these ideals.

Our first annual CSE awards day was a success. Click on the photo to see a slideshow of some of the winners. You can view even more photos in this google+ album or our facebook album. Congratulations to all the winners, and also to all our graduating Seniors!

We would like to congratulate Connor Bain for receiving the National Science Foundation Graduate Research Fellowship. The NSF awarded the GRF to 2,000 individuals from among 16,500 applicants in 2015. The GRF provides three years of financial support within a five-year fellowship period ($34,000 annual stipend and $12,000 cost-of-education allowance to the graduate institution) for graduate study that leads to a research-based master's or doctoral degree in science or engineering. Update April 17, 2015, Connor Bain also wins USC Sullivan Award:

The University of South Carolina presented its top honors, the Algernon Sydney Sullivan and Steven N. Swanger awards, to four graduating seniors during the university’s annual Awards Day ceremony Thursday (April 16). Connor Patrick Bain, Adam Michael Mayer and Lindsay Nicole Richardson received Sullivan awards, the university’s highest honor for undergraduates. Sullivan awards are given each year to seniors for outstanding achievements, campus leadership, exemplary character and service to the community. The award, given at colleges and universities across the country, is named for the 19th-century New York lawyer and philanthropist. Bain of Columbia has maintained a 4.0 GPA while working toward dual degrees in computer science and mathematics. He is a Carolina Scholar and a member of Phi Beta Kappa. He was a Goldwater Scholar in 2014, a Magellan Scholar and a Udall Scholar honorable mention in 2013. At Carolina, he is the co-founder and director of Carolina Science Outreach, interns with Sustainable Carolina and the Office of Fellowships and Scholar Programs and he volunteers with Gamecock Connection. He is a member of Omicron Delta Kappa leadership honor society, Pi Mu Epsilon mathematics honorary society and Upsilon Pi Epsilon computing honor society. This year, he is developing an iPad app for Cocky’s Reading Express. Bain was a summer research assistant for computer science at both Harvard University and Duke University, a teaching assistant for the Duke Talent Identification Program and a writer for the Association of Computing Machinery. He has been a member of UofSC’s percussion ensemble for four years, and during his junior year he was a percussionist with the USC Opera Pit Orchestra and a member of the USC Symphony. Connor we are extremely proud of your accomplishments.

Dr. Matt Thatcher has been selected to be part of CRA's Computing Community Consortium (CCC) Leadership in Science Policy Institute (LiSPI). As part of its mission to develop a next generation of leaders in the computing research community, CRA’s CCC holds LiSPI to educate computing researchers on how science policy in the U.S. is formulated and how our government makes and enforces science policy. LiSPI is centered on discussions with science policy experts, current and former Hill staff, and relevant agency and Administration personnel about mechanics of the legislative process, interacting with agencies, advisory committees, and the federal case for computing.
Subscribe to

On Incorporating the Stochasticity of Quantum Machine Learning into Classical Models