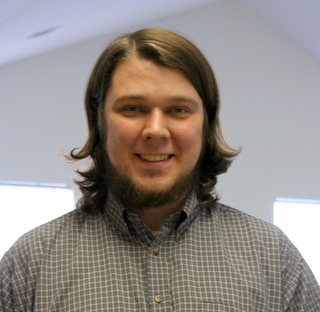 Dr. Jason O'Kane, a Computer Science and Engineering assistant professor at the University of South Carolina, College of Engineering and Computing, has received the National Science Foundation's CAREER award totaling $464,466 for five years. The Faculty Early Career Development (CAREER) Program is NSF's most prestigious award in support of the early career-development activities of junior faculty. His award is titled Algorithms for Minimalist Robot Teams. The award will support O'Kane's research to design algorithms that allow teams of simple mobile robots to complete a wide range of tasks reliably. This research is based on the insight that effective planning is possible for such teams, even in spite of significant uncertainty stemming from both sensing and motion. O'Kane's work builds upon existing work on minimalism for single robots, but must also considers complications that arise from coordination and communication between the robots. These problems are complex and nontrivial at multiple scales: Planning for the multi-robot teams cannot be fully decoupled from the planning and control issues for individual robots. Dr. O'Kane received his Ph.D. at in Computer Science at the University of Illinois (UIUC). Other awards he has received include the Roy J. Carver fellowship at UIUC and the Outstanding Computer Science Graduate award at Taylor University. He has dozens of publications in major journals and conferences. The NSF CAREER program recognizes and supports the early career-development activities of those teacher-scholars who are most likely to become the academic leaders of the 21st century. CAREER awardees are selected on the basis of creative career-development plans that effectively integrate research and education within the context of the mission of their institution and department. The department is now the home of nine NSF CAREER Award winners.