My Computer Science & Engineering Jobs Board

The Congaree Land Trust, a local non-profit supporting land conservation, is seeking an intern to assist with web design. This position is project oriented and very flexible. Please direct interests to ginahartness@gmail.com 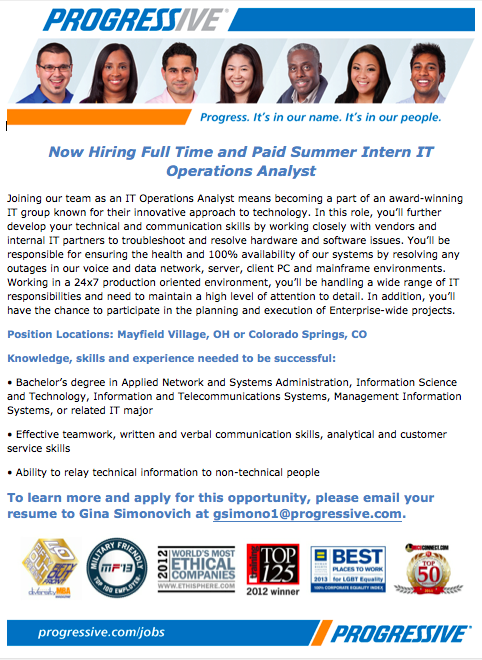 SCORE, a UK based software company, has recently relocated to Hilton Head Island, South Carolina. We are seeking both interns and part time/perm positions for the following:

SCANA has recently posted jobs for summer students in our IT department. Please feel free to pass this information on to qualified students or post on your job boards.

Current students can apply for these positions at here. Just search for the numbers below.

A good place to learn more about the lives and likes of working software developers is the Stackoverflow User Survey results for 2013. After all, all developers spend a good part of their time at stackoverflow.

The detailed results tell you what technologies provide the most jobs, what salaries are like, what programming languages are considered cool this year, and lots of other fun data.

The Cancer Prevention and Control Program (CPCP) works closely with individuals, organizations, and communities to encourage and make possible cancer prevention, early detection, and appropriate care for those diagnosed with cancer. The CPCP has many current projects, in which research findings are used for planning, monitoring, and evaluating cancer prevention and detection activities throughout the state. We are committed to finding solutions to ease the burden of cancer affecting our residents.

COLUMBIA, S.C. (Jan. 18, 2013)—From a university with a motto of “No Limits,” USC’s Engineers Without Borders are showing how their solutions for sustainable communities truly have no boundaries. Four members from the student organization used their winter break to begin working on a five-year program that will help develop a sustainable water supply system for an organic coffee plantation in La Victoria, Ecuador.

NACE’s January 2013 Salary Survey found that six engineering majors were among the 10 highest-paid at the bachelor’s-degree level.

“This is not surprising since the supply of these graduates is low, but the demand for them is so high,” says Marilyn Mackes, NACE executive director.

Computer science majors earned starting salaries that averaged $64,400, the third most among bachelor’s-degree graduates in 2012. Other non-engineering majors whose average starting salaries were among the highest were finance ($57,300, eighth), construction science/management ($56,600, ninth), and information sciences and systems ($56,100, 10th).

Know how to program ? Want to study the ocean?

The Marine Trace Element Lab at USC seeks an undergraduate research assistant to help modify Fortran code for an existing Global Climate Ecosystem Model (GCEM). Iron (Fe) is an important nutrient which supports the growth of algae in the ocean. The current ecosystem model includes Fe as an important nutrient in an NPZ (Nutrient, Phytoplankton, Zooplankton) model. This project aims to modify the existing model with an additional tracer representing Fe stable isotopes. Model output will be a map showing Fe isotope distribution in the world oceans, which can be compared to our recent measurements of Fe isotopes.

The IT training program at BlueCross BlueShield of SC (BCBSSC) is called the “Entry-Level Training Program” or ELTP. We started this program in 1997 and it was fashioned to give recent college graduates who had earned their degree in Computer Science or a related field, a career with BCBSSC Information Systems. 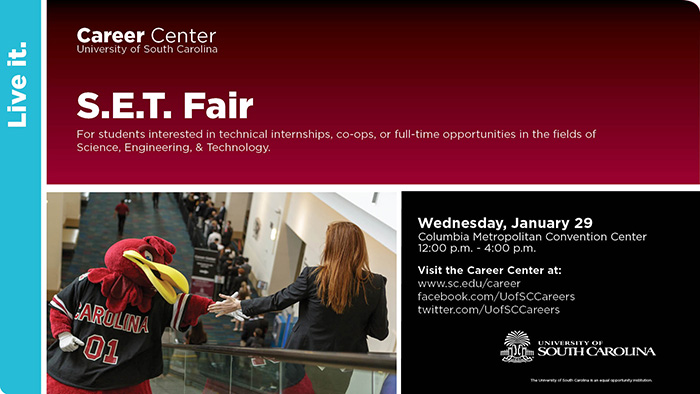 Want to lead the next Internet revolution but don’t want to move to Boston (I have to shovel that?) or the Silicon Valley (you want how much for that apartment?)? Are you driven to do something great? Are you passionate about making a difference in this world?